Businesses in the physical environment have the advantage of being present on the market itself, of offering services or products that can be seen or observed in their natural environment, but we must also think about the fact that a physical business will have certain disadvantages. Among the disadvantages that a business based on the physical environment has, we must first note that this type of business will not have the same reach as a business that is represented in the online environment. The online environment is an excellent promoter for each of us, because we can choose to promote our business with the help of online marketing techniques used successfully today. 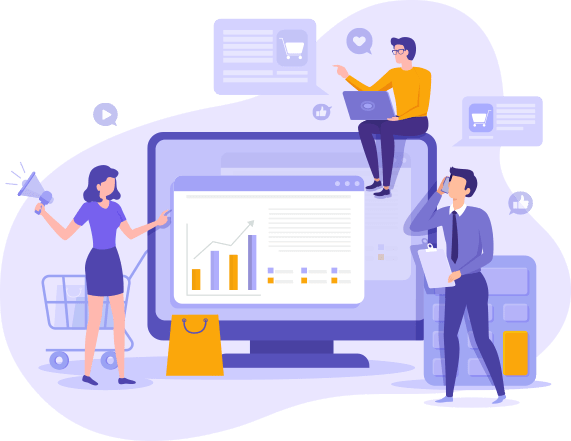 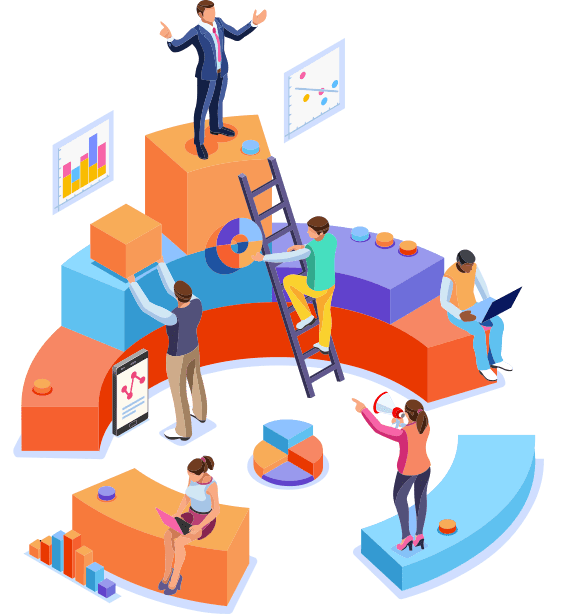 What exactly does Digital Marketing imply? 🤔

Marketing is a combination of techniques designed to promote our business, of which we must remember that the advantages of promoting a business in the online environment are as obvious as they are easy to overlook normally. Marketing involves promoting our online business through various methods, and its main advantages are the following points:

The Digital Marketing Team within Project Media is up to date with all the trends in the field and is ready to support the growth of your business, turning your brand into a top-of-mind choice for potential customers.

With an effective digital marketing campaign, you can grow your sales faster.

A professional, SEO-optimized site with a marketing campaign behind it will attract more traffic.

Attractive content on your site will lead to greater online exposure for your business.

The way you choose to present your services and products will also lead to an increase in the number of customers.

Being present online, on social networks, in the top results of Google will strengthen your credibility on the Internet.

If you have good quality content, good results do not take long to appear 🙂

We know that you are aware of the importance of an digital marketing plan that is both creative and strategic, that will help you differentiate yourself positively from your competitors.

The Project Media team of experts offers you support on the online promotion side, making sure that the voice of your brand resonates with the target audience.

The existence of an increasingly competitive business market in our country has manifested itself on all levels, from businesses that operate in the physical environment and were already well established in the business market to new businesses that have appeared in the business market. with the economic boom of the late ’90s and who tried to impose themselves through all sorts of campaigns, some more aggressive, some less aggressive, some with a great contribution of creativity, others based on classic recipes about which was already known to go and provide some visibility.

Because the emergence of a very large number of businesses also meant a great deal of competition at the business level, we must also realize that some businesses that “emerged” in that period were from the beginning destined to fail, from -one reason or another, but we must also recognize that the effort invested by each of us will be seen in the way our business is promoted.

Send us an email and we’ll set a free consultation time, after which you can decide if you want to start a marketing campaign.